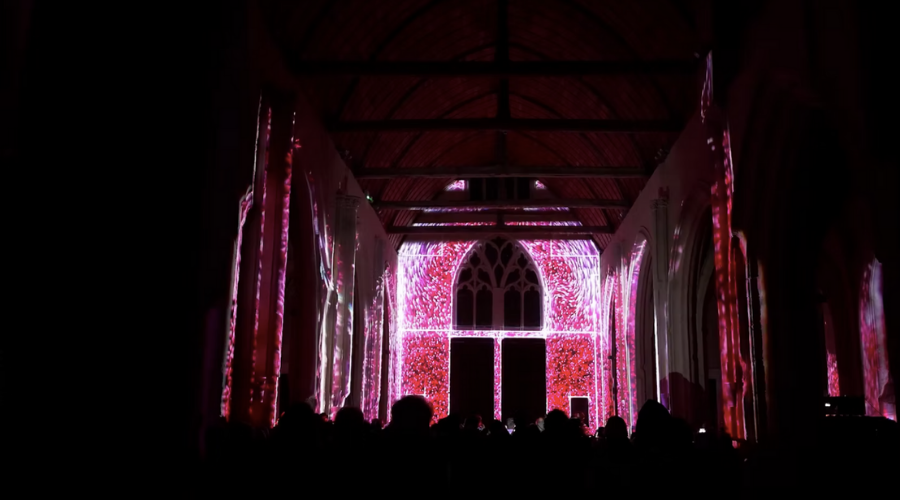 ► Anechoisms
Anechoic chambers are probably the strangest type of rooms in the world. Also called deaf chambers, they are experimental environments whose walls absorb sound waves. They are spaces without echoes, where you can hear your own heartbeat.
As if it were a profane temple, the light of this video mapping dematerialises the architecture of the church into radiant pulsations so that the inner sensations merge with the materiality of the walls, while hiding and revealing a dreamlike crowd, guardians of secular relics.
God in his perfection can do anything. Saying that God does not exist acknowledges his possibility of not existing. If he could not, he would lack perfection. Proving God is therefore ceasing to make him exist. So, like a prayer without an expected answer, an inner voice without echoes, the “anechoisms” play with the desacralised site of Saint-Pierre’s Church to mix its past and its present, and oswing from cult to culture, from introspection to extravagance, in an experience without linearity.