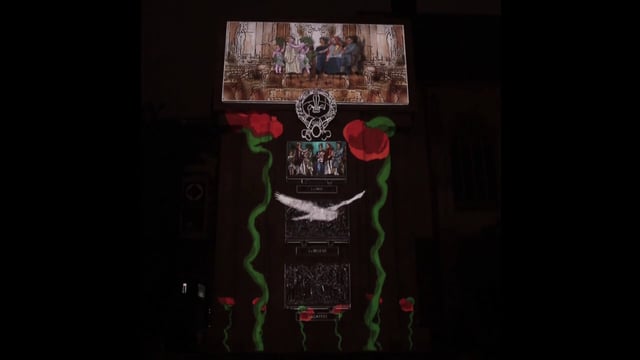 Le devoir de mémoire
This work tends to make people conscious of the heroic actions of the soldiers and civilians during the First World War.
The introduction invites the audience to contemplation, thanks to a heavy atmosphere made of animated pictures.
Then doves, battlefields covered in poppies, trenches covered in helmets appear, as a symbol of the end of the war. There is a tribute to prisoners, relief troops and to peace. A page turns and the monument comes to life. Two statues of soldiers open a door on the universe. Lightness appears, a brighter future is to come. Hands join and write love, to remind that the peace among all people must be preserved.
After depicting the atrocity of the war, it seemed important to insist on the peace, as a value that still needs to be highlighted nowadays.
banditvisions.tumblr.com