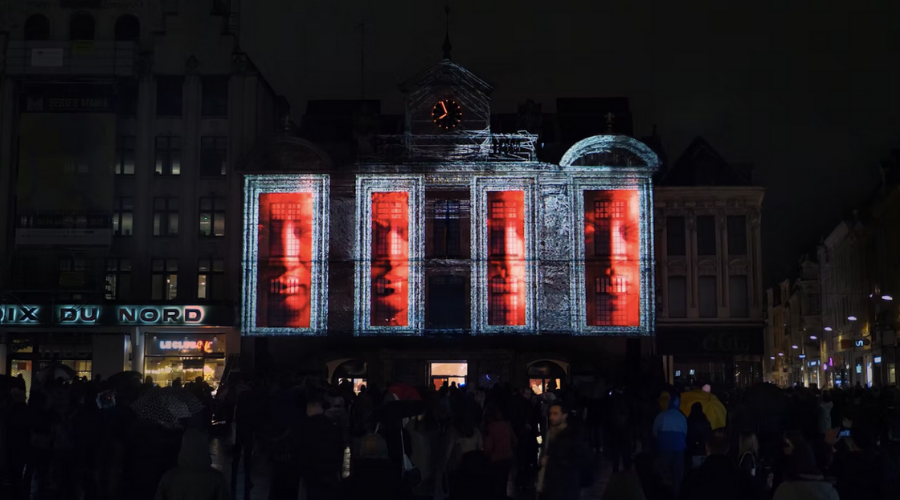 ► Frames of Humanity
Frames of Humanity is based on the combination and fusion between gender and people, a worldwide network of flows that originates from a single place and unifies different ethnic and cultural groups, becoming indistinguishable. Each single fragment becomes part of a single concept, that of humanity. Different shades and different identities are facets of a single sense, that of being. People belong to a same and unique strain, the human root that lives and perpetuates thanks to the relationship with the others. Through technology and new media, humanity experiences a new sense of connection with the other and with its genesis and origin, its physical evolution in space and cultural evolution over time. Digital era allows even more strongly to break down boundaries, to approach, flattening inequalities. The wall becomes a display that shows humanity always on the move: eyes, hands and mouths of people with different identities, renowned works of art which are nothing but sculptures of individuals, bodies that remain so over time through history and eras.

With the support of the Hauts-de-France Region, the Drac Hauts-de-France, the Métropole Européenne de Lille, the City of Lille and the Crédit Mutuel Nord Europe.
In collaboration with the Théâtre du Nord.