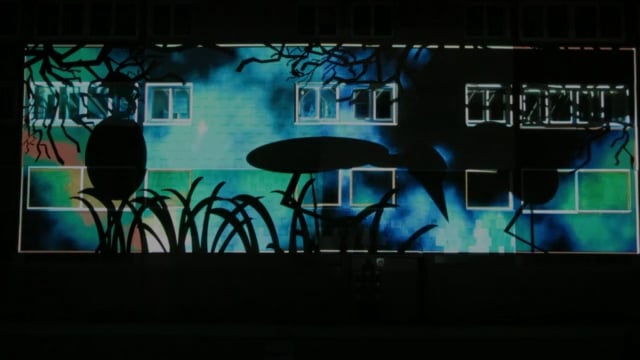 A mapping workshop, held during the All Saints holiday in partnership with the town of Saint-Omer. Former residents of the Bloc de 10 were introduced to video mapping, under the guidance of Adeline Kirtz.
They had around twenty hours to prepare animated loops that they could then mix live in a mapping piece designed for the facade of the Bloc de 10, an apartment block slated for eventual demolition.
The workshop culminated in a public showing on Saturday, November 22, 2014.