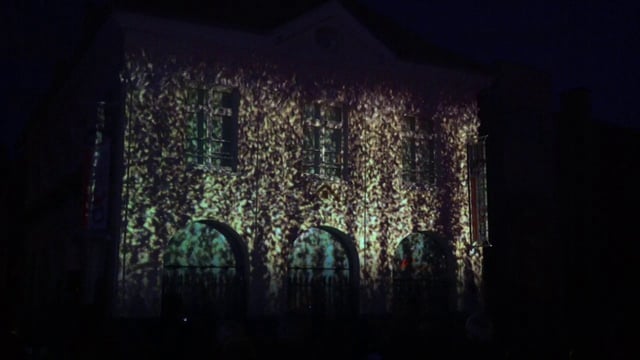 Result of the video mapping workshop which took place at the Bourbourg Multimedia Library in October 2013. Over the course of a week, young people were introduced to video mapping, mentored by the artists of the 1minute69 collective.

As part of Dunkirk 2013, the regional Capital of Culture.
In partnership with the Bourbourg CIAC (Art and Culture Interpretation Centre), Multimedia Library and community centre.