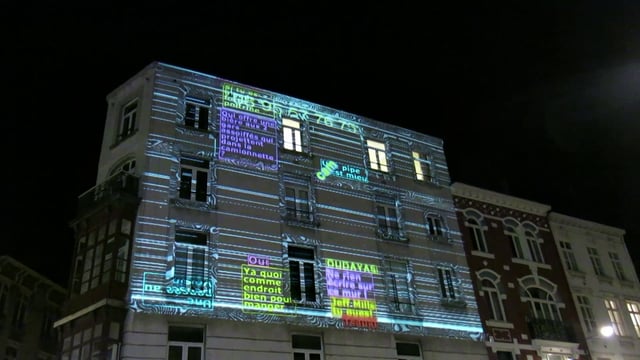 The itinerant and interactive video mapping Memekueshu compares the individual communication spaces with the locality.
The performance features visual elements that interact with each other, with messages sent by passersby via SMS on one hand and visual rhythms such pictures of the dissolution of the building itself on the other hand.
The messages are relayed automatically in real time, becoming solid forms that bounce off the architectural elements, as the projected picture evolves with each message sent, making the users complicit in the piece.
A mobile video mapping system was set up for this project: an equipped truck, with an autonomous power supply and a system allowing the mapping to be rapidly installed and configured.