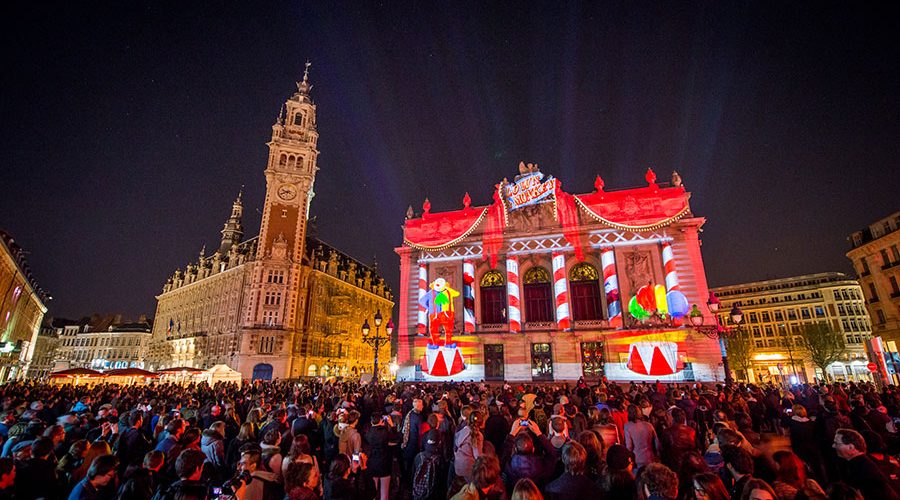 In 2018, the Fête de l’anim’ evolves and separates in two parts:

• A time dedicated to video mapping in March (Video Mapping Festival),
in order to focus on this emerging form which is growing significantly, already present in the Fête de l’anim’ for a few years.
The Video Mapping Festival will be the flagship event of the Video Mapping European Center, a project launched last September by the association Rencontres Audiovisuelles. It will offer content for the general public, as well as for professionals and European animation and video game schools students.

• A time dedicated to animation in December (new version of the Fête de l’anim’!),
with content aimed at the general public: projections of short and feature films, Children’s Village etc. The Animation Night, programmed in September for a few years, will also be reinstated to this event.

• Participative workshops around video mapping from January to March,
with inhabitants of the different territories hosting the Festival.

• Content dedicated to professionals and students
– Creative challenges / from March 18th to 21st (Arenberg Creative Mine)
For international animation and video game students and professionals.
3 workshops proposed: Monument / object / video game.
Screening of their work during the opening week-end.