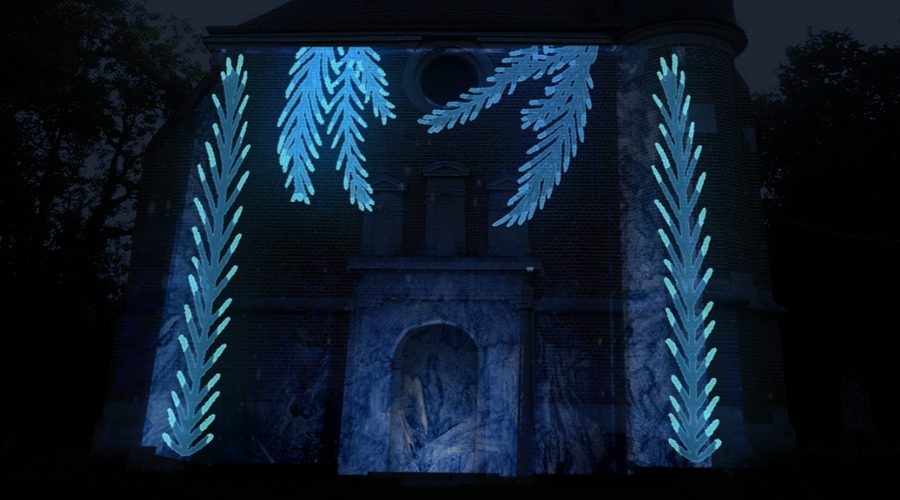 RESIDENCY ON THE ADAPTIBILITY OF WRITING – Video Mapping Festival 2020

Since September 2020, regional artists have been working on the topic of the adaptability of writing for video mapping.

The video mapping is, in itself, made for the medium on wich it is shown. The aim of this residency is to experiment a new form of writing around video mapping creations, which will make easier the adaptation onto building facades with a similar architecture, such as churches or city halls.

The result of these experimentations will be shown in December 2020 in 3 cities of the Hauts-de-France region, as part of the Video Mapping Festival 2020.
The same universe, in this case the end of the year festive season, will be presented in different forms on 3 buildings:

Residency organised by Rencontres Audiovisuelles / Video Mapping European Center and the DeVisu laboratory of the Université Polytechnique Hauts-de-France at Arenberg Creative Mine.
With the support of the European Union (Europe is committed to the Hauts-de-France Region through the European Regional Development Fund).

Projections offered as part of the Video Mapping Festival organised by Rencontres Audiovisuelles.
With the support of the Hauts-de-France Region, the cities of Cernoy, Dury and Wallers-Arenberg.