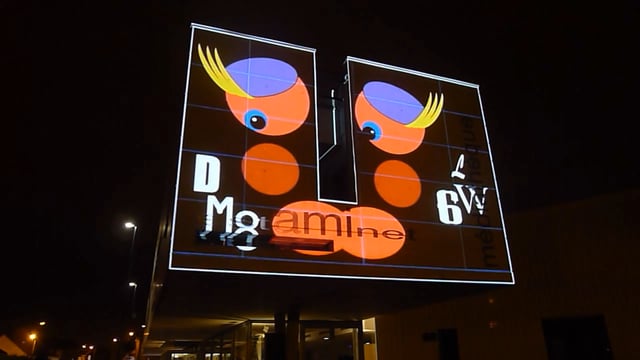 A mapping workshop, held over the Easter holidays in partnership with the town of Grenay. Young people and adults were introduced to video mapping under the guidance of artists Adeline Kirtz and Ludovic Burczykowski.
They had around thirty hours to prepare a mapping show for the facade of the Estaminet Multimedia Library.
The workshop culminated in a public showing on Saturday, June 20, 2015, at the opening of the Library.