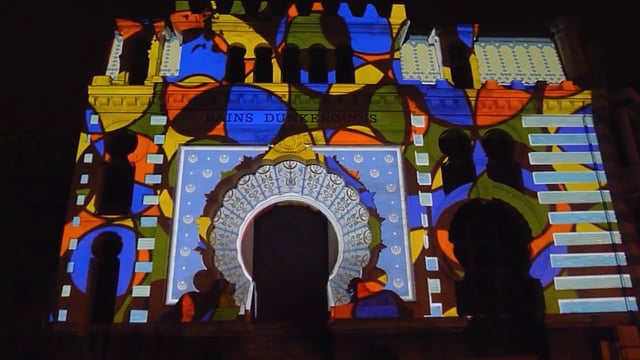 A video mapping workshop was held at the end of October 2014 in the community centres of Soubise and Basse-Ville in Dunkirk. Young people and adults were introduced to video mapping under the guidance of artists Ludovic Burczykowski and Adeline Kirtz.
They had around thirty hours to prepare a mapping show for the façade of the Dunkirk Baths.
The workshop culminated in a public projection on Saturday 22 November 2014.