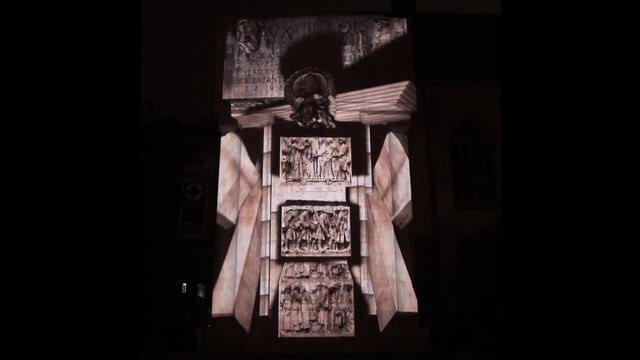 Light of History
Light of History is a screening on the Memorial of Lille, with the exclusive participation of Triarri – a famous neoclassical industrial musical project from Germany.
The animation highlights different architectural details of monuments, as we as try to focus on history and on the three dimensional aspect of the Memorial .The project includes pictures found in archives and film footage. The cooperation of Polish and German artist in a project based in France is a good way to strengthen the European heritage and to build a bridge between three nations, through the history of the First World War.
modulor-mapping.com