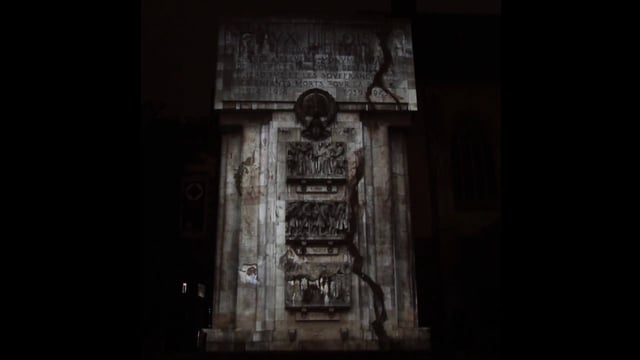 The Long Standing Memories
The Long Standing Memories depicts the power of symbols and the will of human beings when exposed to them. The audiovisual piece explores the possible meaning of symbols as seen through the minds of individuals.
The city of Lille’s War Memorial serves in this instance as a carrier of multi-faceted meanings: a vessel for horror, sadness, courage, and hope. The piece reveals the intricate relationship of these elements through a narrative which connects the past to the present, and the horrible to the sublime.