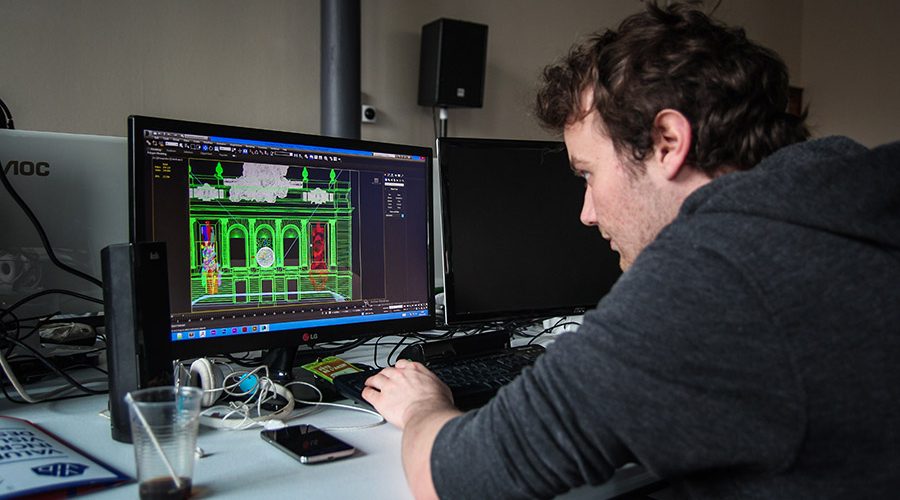 From 24 to 26 March, 2015, ten teams of three, made up of students and professionals in audiovisual media, animation, digital arts, graphic design etc. had 72 hours in which to produce a collaborative video mapping piece, to be displayed on the facade of the Lille Opera House on 27 March, for the opening night of the Fête de l’Anim.
The workshop was overseen by Tamás Zádor, creator of the Hungarian collective Kiégő Izzók (Glowing Bulbs), and Ludovic Burczykowski, a Lille artist specialising in mapping.

Ludovic Burczykowski
Associate Artist of Les Rencontres Audiovisuelles, Ludovic Burczykowski creates digital environments and stage devices for shows, performances and visual installations.
He is also PhD student in art aesthetics, sciences and technologies, and lecturer for the Creanum – Creation and digital engineering Masters programme at the University of Valenciennes.

>> See the result of the workshop