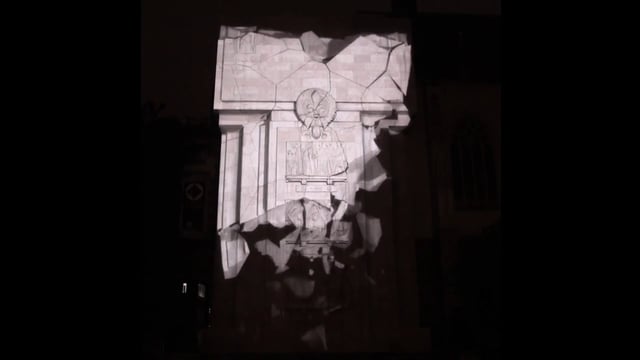 Le septième enfer
The screening is structured by excerpts from letters and poems written by Wilfred Owen, a British soldier and poet who corresponded extensively with his mother. To me, focusing on one particular person seemed to be an efficient way to talk about this conflict with humanity.
I chose to suggest things with shadows and lights. The use of black and white is justified by economical concerns and above all by a need for simplicity. The Memorial becomes both a witness and a screen for this story.
ethernithe.free.fr